Loretto Telecom was purchased in 1946 by Ralph & Louise Passarella, all 124 telephone lines. Five months later, January 1947 an ice storm sent telephone poles crashing to the ground. By the time skies cleared, only one pole was left standing in the entire exchange area. Subscribers pitched in to help rebuild, even donating money to purchase materials so service could be restored. 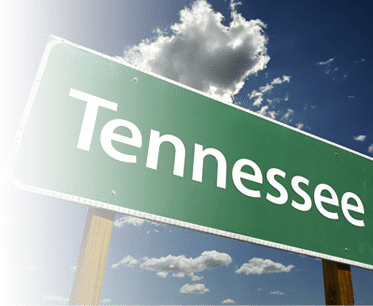 The first dial phones were installed in Loretto in 1952, the year they first became available in the United States. As time passed, expansion became a logical business step. In 1952 the Passarellas added the St. Joseph exchange to their company.

In 1952 Iron City exchange became part of Loretto Telephone Co. By 1955 the Passarellas were able to purchase the Leoma exchange.

In 1956 the Passarellas obtained a loan from the Rural Electrification Administration to build a new building and expand their services to rural areas in southern Lawrence County. For the first time nearly 900 rural families were able to have telephone service, if only on congested eight-party lines.

This same loan enabled the Passarellas to improve service for their 343 subscribers by installing new dial exchange offices in Leoma and Loretto. Leoma was cut over on May 24, 1958. Loretto’s construction program was on schedule for completion later that summer. The cut to the new dial equipment was completed in Loretto in July, 1958.

In 1967 Loretto Telephone Co. became the first in the state to offer touch-tone telephone and direct long-distance dialing. By 1979 there were almost 4,000 customers. The monthly rate had risen from $2 for a private line in 1946 to $10 for a residence and $15 for a business.

The geographic area served by Loretto Telecom encompasses about 400 square miles and takes in Ethridge at the north end, then skirts around Lawrenceburg to Leoma, Loretto, Iron City, and St. Joseph to the south end of Lawrence County. By 1978 a new, completely electronic office was finished in Leoma. Its completion brought conference calling, call-waiting and call forwarding to the area. All central offices are 100% digital, offering SS7 capabilities plus equal access.

On April 30, 2018, Loretto Telecom was acquired by SkyBest Communications. SkyBest and its parent company SkyLine Membership Corp. offer a host of advanced communications services from fiber-optic internet to traditional voice services with a focus on providing exceptional customer service.

We now service around 5,000 customers with telephone and internet service.

WEB HOSTING AND PROGRAMMING
by